Perhaps Cate Blanchett’s least seen film, at least in the United States, Litte Fish (2005) is gritty and scrappy and unlike anything in her filmography.

Host: Murtada Elfadl, some of Murtada’s film writing can be found here.

Guest : Valerie Complex some of Valerie’s writing can be found here. 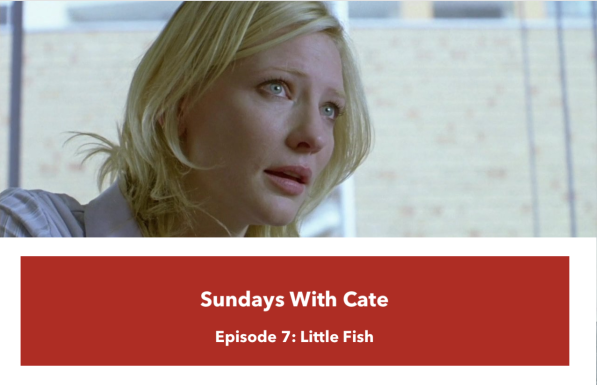 From imdb: Set in the Little Saigon district outside of Sydney, a woman (Blanchett) trying to escape her past becomes embroiled in a drug deal.

Tracy Louise Heart, a former heroin addict who is desperately trying to escape her past and achieve her goals and dreams.

A minute in; fully dressed under water in a pool- striking image. 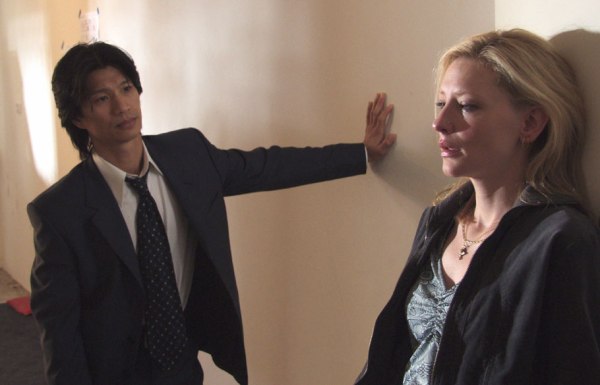 Film within context of Cate’s career:

Film within the context of year it’s been released:

What reviews said of Cate/the film:

“To sink or to swim: that is the question. In “Little Fish,” Cate Blanchett does both. The great Australian actress sinks into the role Tracy Heart, a 32-year-old recovering drug addict who manages a video store in Cabramatta, a Sydney suburb nicknamed Little Saigon for its large Vietnamese population and known as the heroin capital of Australia. As in all her screen performances, Ms. Blanchett immerses herself completely in her character, a damaged, high-strung woman determined to live the straight life while surrounded by temptation.” – Stephen Holden, The New York Times.

“The actors are terrific, especially Weaving, who plays bottoming out as a tragedy spiked with gallows humor, and Blanchett, who digs deep into the booby-trapped nature of recovery. The revelation, however, is Rowan Woods, a major filmmaker in the making.” – Owen Gleiberman, EW.

“The title, one supposes, refers both to the small packages of drugs the characters deal in and to the people themselves. They’re victims and survivors in a larger predatory world. Two related images run through the film – swimming and the seaside. Tracy is liberated by her daily sessions in a swimming pool (where her old love for Johnny is rekindled), and the family is drawn together at last during a purifying visit to the beach at dawn.” – Philip French, The Guardian.

The House with a Clock in its Walls

Carol Part One: The Love Story